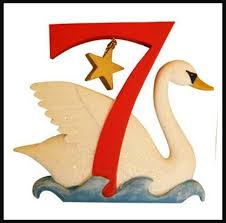 Arriving at the annual Transplant Games on Thursday afternoons, often one of the first smiling faces we see is Hollie’s. Hollie competes in archery and as that’s one of the first events of the Games, she has usually already won a medal for the team. There’s swimming to come later, and the long jump on the track and field day on Sunday. And usually more medals.

The UK Games are hosted by different cities each year so we’ve been with Hollie and her mum and dad in places we might not normally visit. Then there’s the World Transplant Games and Hollie’s participated in a couple so far – Malaga and Newcastle – as a member of the GB&NI team. Add in the European Games in Sardinia.

You get the picture. A young woman in her teens, committed and smiling her way through her unexpected adventures with the dedicated support and love of her mum and dad. It’s a colourful and exciting trail with lots of hard work, training and commitment mixed in with ongoing post-transplant “maintenance”. (And lots of medals!)
It’s here, in the words that Hollie sent.

“When I received my Transplant, my donor gave to me…
A Kidney, so I could pee.
The chance of life, to see the world, before I’m twenty three.
To take part in sports, and to represent my country.
Bless my father, for his kindness, and my mother’s company.”

You can read a bit more from Hollie on this website – today’s bonus link. But first, just skip back a bit. Hollie’s first sentence isn’t something most of us talk about much (unless you’re bursting and there’s a long queue!). But those few words are the key to everything else. It all starts with a huge transformation that’s as basic, ordinary and vital as it sounds. Hollie’s gift of a kidney from Malcolm, her dad, was the chance for her body to start functioning as it should. And even if none of the rest was quite as exciting as it is, that first sentence would stand on its own as the real beauty of the gift. Everything that follows is a way of saying thank you…