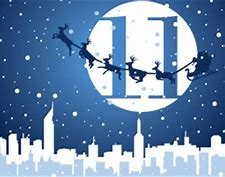 have to admit, I’m a bit nervous about this one.

This is something I haven’t really talked about to many people at all. It’s not something I find easy to disclose or discuss. I guess it’s precisely because of that, that I think it is so important that I do discuss it.

I have an eating disorder.

I was diagnosed with anorexia nervosa in 2014, however it was most definitely going on for quite a while before that. By the time I started treatment for anorexia, it was already very advanced.

This may seem unrelated to what the Live Loudly campaign is about, but I want to explain why I think this is a cause that fits in with our goals.

Firstly, to put it very bluntly, there would have been very little point in me receiving my second and third transplants if I had not received the treatment that I did from the team at Antrim CAMHS eating disorder unit. I would not have been able to use my gift of life.

Separate to that though, I think the overwhelming message that Live Loudly aims to get out, is to talk about things. It is so, so, so important to open up, to share your struggles, to share your wishes and just speak to people.

The same thing applies to mental health as it does to organ donation. Talk to your loved ones, or someone you feel comfortable opening up to.

It took me until 2016 to actually tell pretty much anyone, apart from my very closest friend, that I was being treated for anorexia. And yet, everyone I know has known about my physical health conditions ever since they began.

So why was it different? I know that for me, it took a long time to open up about my mental health because there is still a definite stigma around eating disorders and other mental health issues.

In September of 2017, I was discharged from the eating disorder service. However, as I have been told and now discovered for myself, this definitely doesn’t mean that I’m ‘cured’. An eating disorder, like many other mental health conditions, isn’t something that you really ever totally get rid of. You learn to deal with them, learn to manage them so they don’t affect you so much in day to day life. You are given the tools in therapy to live as fully as you can without feeling the effects of your illness.

This year, I will be writing more about the effects of my eating disorder. I think the simple fact that I found it so difficult to open up to people about it, shows that it is an issue that needs to be explored. Why do people see mental illness as something so different to physical health?

The care that I received at the Antrim CAMHS eating disorder unit was simply outstanding. My therapists were straight with me about what this condition was doing to my body and mind and what it would continue to do if we didn’t get to grips with it.

They showed me the difference between my own mind, and my illness. They helped me to treat it as a separate thing to myself, I am not my illness.

Not only did I come on leaps and bounds with my eating disorder, I also count my therapists as friends. I immediately felt secure in the knowledge that they knew what they were talking about. I knew I was where I needed to be.

Raising money for this service has been something that I have wanted to do for a long time, but have never felt comfortable enough talking about my own story to do it.

I hope that not only will we help the service by fundraising, but we will also help people to realise that mental illness is not something to be ashamed of. That it’s no different to physical health.

That you need to look after your mind just as much as your body.

I hope Living Loudly can mean that more people feel they can talk about their struggles, get help, and make the most of life and all it can offer.