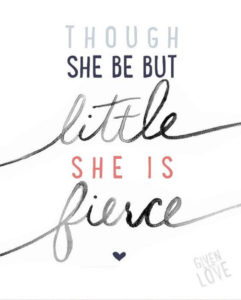 Happy International Women’s Day to all the incredible women in this big bad world of ours. Today is to celebrate you. Your achievements, triumphs, the things you have overcome, the barriers you have broken down.

If anyone is in any doubt of why we celebrate International Women’s Day, if you think there’s no need, if you think we have reached equality and there’s nothing left to fight for…first off – I would like to welcome you to a little place called ‘The Real World.’  I would love to know where you live, cause it definitely aint any place near me.

International Women’s Day is a really important day to highlight the continuing feminist movement. It’s also a great day to look back on, and thank all the women who came before us. The women who fought so we may have our voices heard in politics, because women have only been allowed the vote for 100 years. Thank you to the women who paved the way for young girls with aspirations of becoming doctors, lawyers, CEO’s and the reams of other careers that were once reserved for the men of the world. Thank you to the women who rejected the notion that their place was in the kitchen…(which in my case, would be fairly dangerous for anyone who hoped to be fed) and that a woman’s worth was measured by how good of a wife and mother she was.

These are the women who allow us, and inspire us, to keep fighting. Because the playing field is far from even. Still, in 2019, there are women all over the world who are being denied basic human rights like education, autonomy over their own bodies, free speech and so much more. These things may seem like they are far from home and that we don’t face mistreatment in our own culture, but if we do not stand and fight with our sisters, then surely we are part of the problem?

Whilst, yes, in this country we do enjoy rights that many other women do not yet have, here in Northern Ireland women still are unable to make a decision about their own body if they – for whatever reason – decide they cannot continue with a pregnancy.  Women are still earning, on average, 19% less than their male colleagues. Women are discriminated against in all walks of life still to this day. We are not employed at the top level half as much as men. Women’s sport is not publicised half as much as men’s…has anyone seen a single Women’s Six Nations match? Did you even know there WAS a Women’s Six Nations?

But there are strong women everywhere who are trying to change these things. I encourage everyone to follow Sophia Bush and Jameela Jamil on Instagram. You will be challenged to think differently and I promise you will be inspired every day.

Each one of us can have an impact, you don’t have to be a celebrity, politician or have thousands of followers to create change. If each one of us supported whole heartedly, without competition, the women around us, I believe that would go a long way towards the cause of gender equality. Just because someone else is successful, doesn’t take away from yo

If every woman started to believe her own worth. If we rejected and fought against the gender norms that we face. If we were each our true and full self, unapologetically strong and opinionated. If we did not what we ought to do, but what we want to do.

What an amazing thing that would be.

I feel incredibly privileged to be surrounded by so many amazing women. I have been raised by them, friends with them, educated by them, medically and psychologically cared for by them. I am inspired every day by the women I have the honour of knowing.

Before International Women’s Day is over, lift another amazing woman up. Congratulate her, celebrate her, tell her something about herself that inspires you.

And remember, feminism is not just for International Women’s Day – It is for every single freaking day!

So here’s to the girls.