On the fifth day of Christmas my true love gave to me… Five gold rings. 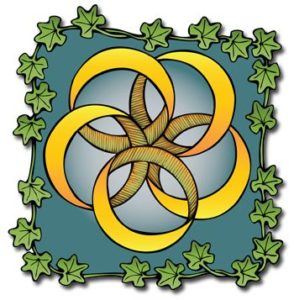 Some say the five rings refer to goldfinches, or to the (white!) collar round a pheasant’s neck, but they’re not as easy to link to organ donations as are the five (not gold either) rings that could be a wobbly stepping-stone to the Olympics.  Then it’s a short hop to the Transplant Games.  Phew, got there.  And that’s where we’ll stay for today…

Dr Maurice Slapak CBE, a transplant surgeon in Portsmouth, was looking for a way to keep his patients fit and to prove to everyone, including his own profession, that most transplant recipients could lead fully active lives.   He was inspired by a man who had been on dialysis between six and eight hours a day, three days a week, until he was given a kidney transplant.  Four months later, he was playing football and back at work.  Dr Slapak invited him on a six-mile run with colleagues and he matched them all.  In Dr Slapak’s words, “The concept of promoting organ donation through a demonstration by transplantees that they could lead a normal life was thus born.”

In the UK, the Games have been celebrated every year since 1978.  Well, except for the last two years when so much changed for us all.  And that makes the next UK Games even more important.

In July 2022, the British Transplant Games  (click for link), sponsored by Westfield Health, will be held in Leeds.  It will be the first chance for the transplant community to reunite after almost two years of heightened caution.  More than 900 participants, and over 1,500 supporters are expected to attend.

All Games gatherings are a mixture of hopes and fears, of trials and expectations.  There’s always a lot hanging on that long weekend.  This time it will all be turned up a notch.  People seeing each other for the first time in a few years.  The first time since a last transplant, a bout in hospital, a graduation, a wedding.  Lots to celebrate.  Some will be missing, memories and longings trying to fill the spaces where they should be.  There will be stories, tears, wordless embraces, and broken hearts.

And there will be wonder and excitement at the achievements of athletes of all ages between three and eighty.  There will be first-timers, coming with cautious parents, partners, family, fresh from their own plunge into the fearful world of waiting lists, waiting for news from surgery, waiting to see how recovery goes, now scarcely able to believe they have all reached this new place together.  They will wonder at the miracle of it all, surrounded by experienced families, athletes, and supporters, as they try out this new family and find friends for themselves and their new champion.

First-timers will discover the easy understanding of others, the shorthand conversations of not having to explain everything, or hide feelings of being different.  Accepted, with the chance to be yourself, your transplant now just one part of your story, not the definition of who you are.  A deep sigh of release, and an infusion of courage to carry beyond the weekend.

For everyone a chance to say thank you to representative donors and their families.  Some will stand on the podium and collect a medal – “Every medal I win is a win for my donors.”

Those medals come from work and courage and commitment.  They come from gratitude and honour.  And they start with conversations.  Small conversations that can lead to gold…