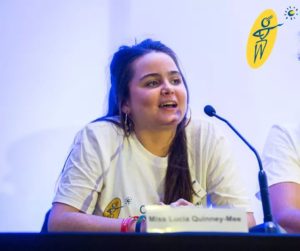 You’ve signed the organ donor register or ticked the boxes when you applied for a driver’s licence.  That’s excellent.  And maybe you live in England, Wales, Scotland or Jersey, where the opt-out system for organ donation is already active.  Over 90% of us say we would be willing to be organ donors.  But still only about half of us have had a conversation with our families about organ donation. Even less have told our families what our wishes are. That figure counts because our families are the ones who will have the final word. And you, or anyone in your circle of family and friends, are much more likely to need a transplant than become a donor. Think about that.

There are lots of groups and campaigns and initiatives at all kinds of levels trying to encourage us to think about it and let people know whatever our decisions may be.  Perhaps you know “Someone You Loved”, the song by Lewis Capaldi and the video with his distant cousin, the former Dr Who (otherwise known as Peter Capaldi).  The song was six months in the writing and during that process, Lewis Capaldi became increasingly aware of organ donation and the need for more donors.  Scotland was discussing the opt-out system at the time, so it was in the news.

He connected with Live Life, Give Life, an organ donation awareness-raising charity set up in 2006 by two amazing young women, Emily Thackray and Emma Harris, who were both affected by Cystic Fibrosis (CF).  Some of their friends, also affected by CF, had already died.  Emily died following a second lung transplant in 2014. Emma continues with the cause.  Live Life, Give Life and the two Capaldis, created a beautiful music track and a powerful video that brought organ donation into the minds and hearts of many.

This week, Live Life, Give Life, and many other groups like them, have been all over social media, telling stories, showing photographs and raising awareness.  You may have seen many more stories in the press or seen buildings – even the stones of the Giant’s Causeway in Northern Ireland – floodlit in pink for Organ Donation Week.

In no logical order, here’s a way to explore some more of those stories:

And, of course, Live Loudly Donate Proudly.  All because it matters.  It’s personal.  As personal as life.

And here’s that song we mentioned.  Go on, have a listen…Someone You Loved