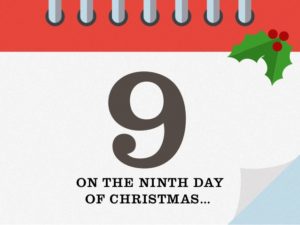 Some people just shine. They can’t help it.

There’s a whole primary school worth of children at the annual Transplant Games. They’re everywhere. They’re not quiet either, not usually. Certainly not at the social events, or the final night Gala Dinner and the Award ceremony. OK, some might be a bit louder than others. But when they do stand out we know they’re shouting for their team, for everybody at the Games, for their families and their friends, and just because they can.  You need to see it. And hear it.

And age doesn’t matter. You don’t need to work on arranging older buddies or mentors for them. They gravitate. They recognise love when they receive it. They see fun when it’s around them and they want to share in it, no matter what ages it might involve.

Today’s star from this bright constellation is a young man who had a liver transplant when he was just three months old.  He’s 10 now and has been coming to the Transplant Games for, ooh, years!  He’s a veteran with seven Games under his belt.  He’s had a crack at most things the youngest team members do – obstacle races, ball throw, long jump, 25 metre dash (mums and dads waving at the far end to remind them where they are supposed to be heading), now into longer and more serious race lengths. He’s a “taking part person”, a determined and enthusiastic competitor who just loves to compete (and an occasional medal is always a good thing to carry home and take into school with pride).

But if you could win medals on the dance floor for sheer energy and “get in there and do it-ness” he’d have a heavy bag to carry home.  He was caught on video a few years ago when, after the Dinner and the Awards, a circle of all ages from his team started singing a Games theme tune, borrowed from Freddie Mercury – “We are the Champions”.  His enthusiasm, full “heart and soul stuff” matched anyone else in the circle.  He danced with his arm round the waist of one of the many young people he’s so fond of – well, reaching up he could just about make waist height.  As the song reached it’s climax he clung round that waist with both arms and a face so full of excitement and belonging you could light rooms with it.  Charlie Doughty, whose words should shout off the page –

“When I received my transplant my donor gave to me…a zest for life and a mission to succeed!”

And that is a gift to his mum and dad too. What’s better than seeing your children charging about on top of the world, even if they’re not quite big enough yet to climb up onto the top of it on their own.  (But more about mums and dads another day.)